Pennsylvania workers compensation law it is governed by the Worker’s Compensation act, which has been amended and evolved over time. A primary aspect included in the Act is the “Exclusive Remedy” provision that as of February 3, 1975 made it mandatory to file a…

In the Commonwealth of Pennsylvania, the Worker’s Compensation Act allows payment of compensation for loss (amputation)or permanent loss of use of body parts, binaural hearing loss of greater than 10%, disfigurement, and loss of vision in one or both eyes. This particular compensation is…

Slips and Falls on Ice and Workers Compensation

During winter, un-cleared sidewalks and parking lots cause many slips and falls on ice. If you have experienced a fall either coming from or going into work walking on a sidewalk or parking lot are you eligible to collect worker’s comp benefits? A good…

An absolute tragedy recently occurred in a Tuna Plant when a worker died after accidentally being cooked in an oven in California.  Our thoughts and prayers are with his family. Here is the link to the story http://bit.ly/SSHWp3 Most times, we hear of work…

I recently had a mishap and brushed it off without obtaining diagnostic studies.  I treated conservatively and when I wasn’t getting better and had definite loss of range of motion, I had x-rays and an MRI performed.  It turned out that I had two…

The Discover Channel showcases some of the dirtiest jobs out there, in various categories. 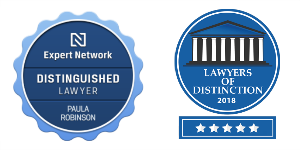 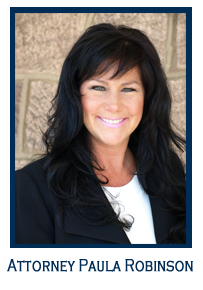 Do you have a question? Think you might need a lawyer but are not sure? Contact Paula, she is happy to answer your questions! paula@robinsonlwyr.com
A Message from Paula