Pennsylvania workers compensation law it is governed by the Worker’s Compensation act, which has been amended and evolved over time. A primary aspect included in the Act is the “Exclusive Remedy” provision that as of February 3, 1975 made it mandatory to file a workers compensation claim if you were injured performing your job. This means that you cannot civilly sue your employer in the event that you suffer a work injury. Over the years there have been carved out some rare, minor exceptions to this rule, but typically, the exclusive remedy is relied upon. 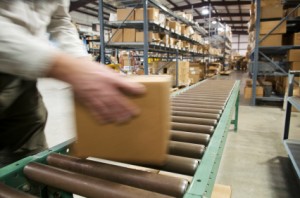 Act, must occur within 300 weeks of the last exposure to a hazard at their place of employment. In the recent case of Tooey v. AK Steel Corporation, 20 A.3d 1184 (2011), the Pennsylvania Supreme Court ruled that the Pennsylvania Worker’s Compensation Act does not apply to claims for disability or death resulting from occupational disease which manifests after 300 weeks from the last occupational exposure.  The Court, in its’ majority Decision held that “the exclusivity provision of Section 303 (a) of the Act does not preclude individuals from seeking compensation for their injuries via a common law action against Employers.” 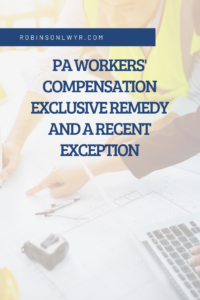 If you, or a loved one has been diagnosed with an occupational disease, and you need help sorting out how to proceed, contact Robinson Law LLC for a free consultation.