Knowing Which Court for a Workers' Compensation Claim

Which Court do I go through for my Workers’ Comp Claim?

According to the PA Workers’ Compensation Act and Regulations, and Statutes, an employee is not permitted to sue his or her employer.  Filing a workers’ compensation claim is the way to pursue a claim against the employer for a work-related injury.  There is, however, an exception referred to as the dual-capacity doctrine that permits the employee to sue his or her employer in civil court. If that employer operates in a capacity with duties and responsibilities that are separate and apart from the employee-employer relationship the dual-capacity doctrine can be enforced.

A fairly recent case, Neidert v. Charlie, III, _A.3d__(Pa. Super., 1903 EDA 2015, 2841 EDA 2015, filed June 29, 2016), explored the dual-capacity doctrine, where the injured worker not only had a workers’ compensation claim, but also tried to sue his employer in a civil suit alleging that the employer was also the building owner, and therefore, in a dual capacity. Simply put, dual capacity means the person being sued acts as both the employer and business owner, therefore is being sued twice. In this case, the Pa. Superior Court disagreed with the injured worker and would not permit the civil lawsuit to proceed.

Here is a brief explanation of the Neidert v Charlie, III dual-capacity case:

In his attempt to pursue and win the civil lawsuit, Neidert argued that the case of Tatrai v. Presbyterian University Hospital, 439 A.2d 1162 (Pa. 1982) should apply.  In that case an employee of the Hospital became sick at work, and was told by her supervisor to go to the emergency room, as there was no doctor on duty at Employee Health Services.  While in the emergency room, on an x-ray table, the employee was injured after the foot stand broke loose and she fell to the floor.  In this particular case, the Pennsylvania Supreme Court held that the employee, at the time of her unfortunate injury in the general emergency room, was in the exact same situation as any other member of the public receiving medical treatment, as the emergency room was open to the general public.  Because of this, the Court ruled that the Hospital owed the same duty of care to the employee as it did to the general public who came to the emergency room for medical care. The Hospital, therefore, was not immune to the civil suit under the PA Workers’ Compensation Act.  The incident of the injury was not made more likely by the fact that she was an employee. 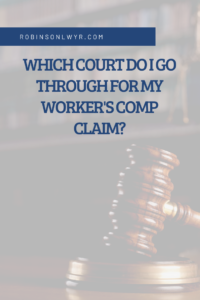 Neidert did not succeed with the civil lawsuit, as the evidence showed that his work injury happened while he was actually performing his job duties and that the employer was acting more as a boss, controlling the circumstances, rather than a building owner.  So, in this case, the dual capacity exception did not apply.