The Bunkhouse Rule… It’s Not Just For Cowboys

Pennsylvania Workers’ Compensation law is ever evolving. The recent case of O’Rourke v. WCAB (Gartland), No. 1794 C.D. 2012, involved a Claimant (O’Rourke) who was employed by her son, Joshua Gartland (her Employer), to provide attendant care for him at her residence in exchange for an hourly wage through a state funded program.

Ms. O’Rourke filed a Claim Petition alleging a work related injury against her son and the State Workers’ Insurance Fund asserting that while she slept in her bed, her son cut her throat with a butcher knife and inflicted three other stab wounds, resulting in loss of function in her left arm, soft tissue injuries, as well as psychological injuries. Approximately 6 months later, Ms. O’Rourke also filed a Review and Medical Review Petition, alleging that she requires medical treatment and is unable to work, as she suffers from post-traumatic stress disorder. 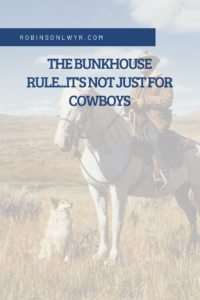 Unique to this case is a little known law referred to as the “bunkhouse rule” which Ms. O’Rourke argued in support of her case. She asserted that her injury was compensable under the “bunkhouse rule” in that she is considered to be in the course of employment while sleeping on the premises, even though she was not actively furthering the interests of her son at the time of the injury. Under this particular case law, a claimant need only establish that their presence on the premises is “required by the nature of their employment”. The Commonwealth Court held that the only feasible way for Ms. O’Rourke to provide attendant care to her son, being her Employer, was to do so in her home.