Pennsylvania is home to numerous blue collar jobs – unfortunately, this also means that there are a lot of men and women who get injured on the job. Some who get injured while working choose to apply for worker’s compensation, as they are losing wages and need medical care; however many go about it in the wrong way.

Pennsylvania’s acceptance rate for workers’ compensation claims, is unfortunately, notoriously low. In 2014 alone, 3,364 applications were submitted for workers compensation, but only about 33% of them actually ended up being accepted. In 2009, there were over 4.1 million workers who were injured on the job.

Although over time, the national number of injured workers in both the private and public industries has decreased, there are still numerous risks to being employed in a blue collar job:

The list goes on and on, and as you can see, there is a huge amount of people who are harmed on the job by dangerous machinery, carelessness, or sleep deprivation.

Interestingly enough, the injuries aren’t exclusive to one group of people; there are reports of all categories of people being injured, from the young to the old, and from men to women. Unfortunately, however, men in their 40’s and 50’s are most at risk:

As you can clearly see, men in their 40’s and 50’s are most at risk, but there are steps you can take to prepare yourself:

As was said before, in 2010 only about 33% of workers’ compensation claims were accepted. By getting a good lawyer on your side, your odds will increase drastically. 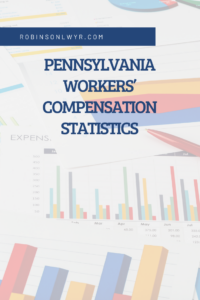 It’s best to hire a lawyer who specializes in workers comp, like the lawyers over at https://robinsonlwyr.com/ – they have helped countless men and women get the compensation that they deserve, and they can help you too.