What are Some of the Benefits to Serving as a Volunteer?

Added Benefits to Serving as a Volunteer

The Pennsylvania Workers’ Compensation Act is geared to be, for the most part, charitable and caring to the injured worker.  A perfect example of this is the section of the Act dealing with volunteer workers.  In Pennsylvania, volunteer emergency workers, including volunteer fire departments, volunteer ambulance workers, and even volunteer forest firefighters are included as employees under the Act.  Because they unselfishly give of their time and services, they have the presumption that their wages are at least equal to the statewide average weekly wage for the purpose of calculating their weekly compensation rate.

When an injured worker is out of work, and it is proven that they are out of work due to the work injury, then they are entitled to “wage loss benefits” which are generally calculated off of the gross earnings that the worker earned per week at the time of injury, going back four (4) quarters, if available.  Back in 1972, the PA Workers’ Compensation Act was amended, introducing the concept of the “Statewide Average Weekly Wage” (SAWW).  Every year, the Department of Labor and Industry determines the SAWW as of January 1 of every year.  The SAWW is equal to the maximum weekly compensation payable, meaning that there is maximum amount of weekly wages that a PA injured worker can receive per week.  For the year 2017, the most one could receive per week was $995.00.  In 2018, the SAWW is $1,025.00 per week. 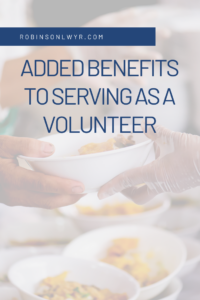 a loved one have a work injury and seek out the advice of an experienced workers’ compensation attorney, make sure that any volunteer work is mentioned, as it could make a huge difference in the amount of benefits received on a weekly basis, and a possible settlement down the road.  For all of the volunteers out there, thank you for your unselfish service to the public Robinson Law LLC.

← Chiropractic Connections
Re-entering the Workforce After a Work Injury →