The Fracking Debate - Pros and Cons of Fracking in PA

Fracking In PA Pros and Cons 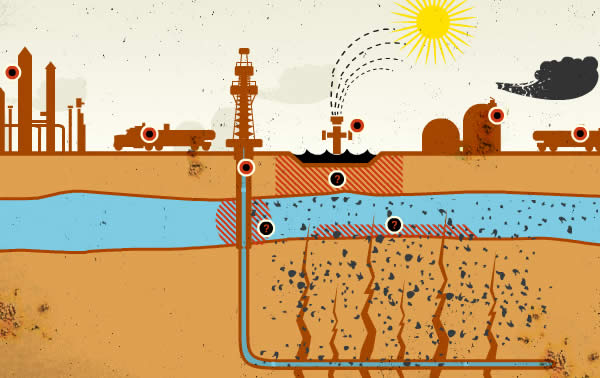 In the past few years, fracking for natural gas has become a hot debate between health and environmental groups, and industry leaders. Industry leaders are focused on the benefits of fracking, whereas environmentalists are focused on the possible health effects posed to the environment and public in association with the practice of fracking. To help you better understand the fracking controversy, here are some of the various pros and cons of the fracking process.

Fracking, a shortened term for “hydraulic fracture,” is the process in which trained engineers drill shafts down into shale rock formations to extract Shale gas, which is a methane gas found deep within the shale rock. The drilling process is an intricate one in that engineers have to drill vertical shafts deep into the ground.
Once the engineers are done drilling vertical shafts, they begin to drill radiating horizontal shafts to feed the vertical shaft. When the engineers are finished drilling, they then pump hydraulic fluids into the shale rock to “fracture” the rock, forcing open the pockets of shale gas trapped inside. This then releases the gas through the shafts to the surface.

Industry leaders and national officials deem fracking as a bridge between past carbon-based energy systems to a greener and cleaner future. These leaders praise the fracking process and believe that the natural gas boom is delivering cleaner energy, which is beneficial to climate change issues.

According to recent studies, U.S. carbon emissions are falling due to the amount of natural gas (shale gas) that has been extracted through the fracking process in recent years. Falling emissions is thanks to the replacement of coal burning. Shale gas is also a cheaper more cost-effective energy option when compared to coal burning. 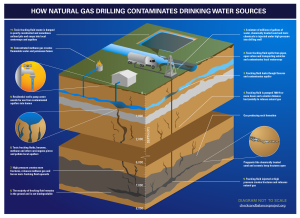 The problem with fracking to environmentalists and health advocate groups is with the toxic chemicals that are pumped into the shale rock. The brew of toxic chemicals involved with fracking includes a mixture of lubricants, sand, water, poisons to kill bacteria and other organisms, and a hydrochloric acid.

These chemicals often find their way back to the earth’s surface when common accidents occur such as well blowouts, accidents involving well heads, a black flow of fluid to the surface, as well as leaks throughout the entire system. 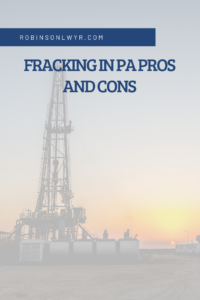 More than 650 products are involved with this process, containing chemicals that contain potential cancer-causing properties. Presently, there are no laws in the U.S. protecting the environment and the public from these pollutants, which is interesting because there are laws forcing the manufacturers of ordinary household cleaning products to disclose issues such as these.

If you have worked in the fracking industry and suffer from illness related to fracking in PA, contact the Law Offices of Robinson Law LLC today. No recovery; no fee. Call 215-530-7166 to learn more.